Tenterfield: It's Humble, It's Authentic, It's True

Some visitors to Tenterfield are surprised to learn that the town is the birthplace of the Australian nation. It was a speech by Sir Henry Parkes in the Tenterfield School of Arts in 1889 that ultimately led to the Federation of Australia’s States in 1901.

His famous Federation Speech is celebrated in the museum housed in what’s now called the Sir Henry Parkes School of Arts.

History and heritage are a big attraction here. Pastoralists took up sheep and cattle runs in the area in the 1830s and the town was established when gold was discovered nearby in the 1850s. You can learn a lot about the old days and who lived where by taking the self-guided Heritage Walk (pick up a brochure at the Visitor Information Centre) around the pretty streets and historical buildings.

The careful preservation of landmark buildings gives the whole township of Tenterfield a Federation feel. One remarkable example is Stannum House, located at the top of the hill at the southern end of the CBD. This Tenterfield landmark is a fully restored Victorian-era Italianate villa. On the ground floor are three ornately decorated rooms packed with antiques.

One of Tenterfield’s best-known buildings isn’t grand, but it’s no less loved for its humble size. A quaint blue granite building on High Street was established as a Saddlery in 1870. After periods as a bank and a private home, George Woolnough returned it to its original use. It wasn’t long before the Saddlery became THE meeting place for those who enjoyed discussions on a wide variety of topics – thanks as much to George’s famous compassion as his saddles. One famous customer was “Banjo” Paterson, the well-loved Australian poet and author.

George ran his High St Saddlery from 1908 until his retirement in 1960. The building was classified by the National Trust of Australia in 1972. George Woolnough’s Grandson, Peter Allen, internationally acclaimed singer, and songwriter, celebrated the memory of his grandfather in one of his best-known songs, “The Tenterfield Saddler”.

There are many grand sights around Tenterfield that aren’t man-made, and you don’t even need to leave town to see them. In Wood Street, there’s a cork tree that came to Australia as a seedling in a jam tin in 1861. It’s believed to be the biggest cork tree in Australia.

Another famous natural attraction is Thunderbolt’s Rock. Frederick Ward, better known as Captain Thunderbolt, was well known throughout the Tenterfield district. He had many hideouts in the New England area, but few are as easy to visit as the one in Tenterfield. Thunderbolt used the large area between the massive rocks to stable his horses and a smaller shelter under the large rock as his camp. The top of the rock made an ideal lookout, as this was the main road to Warwick during the gold-mining days.

Perhaps the best known of the local national parks is Bald Rock National Park. Bald Rock is the largest exposed granite monolith in Australia, rising 260 metres above the surrounding bushland. If you climb to the top, it rewards you with an expansive top-of-the-world panoramic view. There’s more to Bald Rock National Park than Bald Rock though. Granite archways, ravines snaking their way through the terrain and a pile of enormous smooth granite stones balancing strangely across each other, all await your exploration.

If all this exploring wears you out, Tenterfield welcomes you with warm winter fires, food prepared with love from fresh local ingredients and wine from the cool-climate wineries throughout the district.

Tenterfield: It's Humble, It's Authentic, It's True

The Tally Ho Motor Inn has 24 ground level motel rooms, with a range of rooms to suit any price bracket. Free WiFi is available to all rooms, and each room has undercover parking available. All Tally Ho Motor Inn rooms have reverse cycle air-conditioni
Find out more 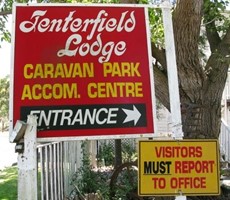 Relax in our beautiful park setting only 1 kilometre from the highway and town centre in beautiful, heritage rich Tenterfield. We offer a range of accommodation including powered sites (some drive through), standard cabins (two of which are pet friendl
Find out more
photo coming soon
Tenterfield Visitor Information Centre
Visitor Centre
Tenterfield, New South Wales, 2372
Find out more 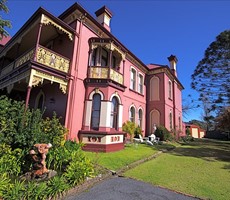 Stannum House was built in 1888 by John Holmes Reid. It is the foremost architecturally and historically significant building in the district.  Follow in the footsteps of great Australians – Sir Henry Parkes, Banjo Paterson and Dame Nellie Melba and oth
Find out more 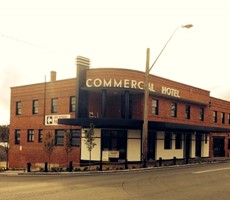 Welcome to the Commercial Boutique Hotel. Located in Tenterfield in the New England High Country, our 8 luxury accommodation rooms offer the perfect place to experience Art Deco style during a weekend getaway. Restored to amazing detail we offer the ide
Find out more 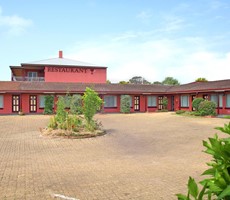 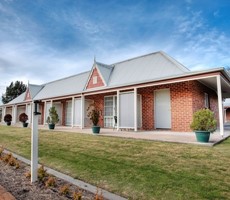 Tenterfield Bowling Club offers a an extensive range of activities and services. We are situated one block away from the highway in a parkland surrounding away from any highway noise. The Bowling Club Motor Inn offers 16 modern clean comfortable and af
Find out more