The dramatic gorges and pristine wilderness of the national parks surrounding Armidale are best experienced by helicopter.

My heart skips a beat as we descend into a gaping chasm in the earth; Dangar Gorge, whose sheer cliffs guard a lush, meandering valley below. Far below, as the butterflies in my stomach keep reminding me. I’d watched that seemingly arbitrary hole in the earth – the edge of the New England gorge country – rapidly get bigger as the tiny two-seat helicopter in which I am a passenger soared across the plateau of golden brown farmland to this starkly contrasting, verdant abyss.

If you haven’t already been let in on the secret, Armidale sits on the doorstep of some of the most beautiful national parks in the country. Characterised by dramatic gorges, towering waterfalls, snaking rivers and ancient and pristine subtropical rainforest, the national parks of New England are a sight to behold. And there is no better way to take in the full scope of this majestic landscape than by helicopter. 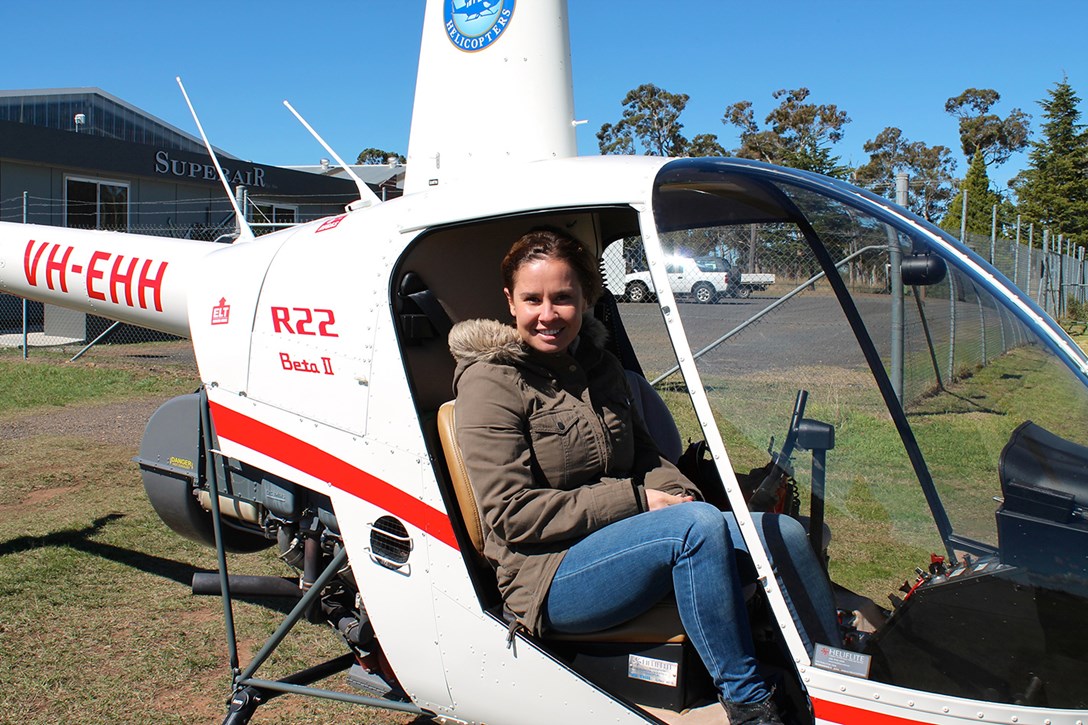 We drop into the gorge where, after enough rain, water tumbles over Dangar Falls, and follow the winding track of the gully, our path flanked by ancient sandstone cliffs. Never short of bravado, I had bravely (or was it foolishly?) asked the pilot to take the doors off the chopper under the guise of taking a nice photo, but secretly what I had in mind was adrenalin.

The Fleet Helicopters pilot pointed out features of the landscape as we flew, including the very sweet ‘Heart of New England’, where converging rivers have carved the shape of a heart in the mountains. He also advised me to keep an eye out for a herd of cattle roaming free, lost for several weeks by a dismayed local farmer. Small town ideals and a strong sense of community run strong in Armidale, even at sky level.

Unfortunately we didn't spot the rogue cows, but we did enjoy a very pretty aerial view of Armidale as we headed back to the airport, its European trees glowing shades of orange and red in the late autumn afternoon light.

Fleet Helicopters runs a range of scenic flights from its base at Armidale Airport, including the half hour ‘Gorge Discovery’ flight that I experienced ($300 per person, minimum two people), plus longer scenic flights, heli fishing and even customised flights.