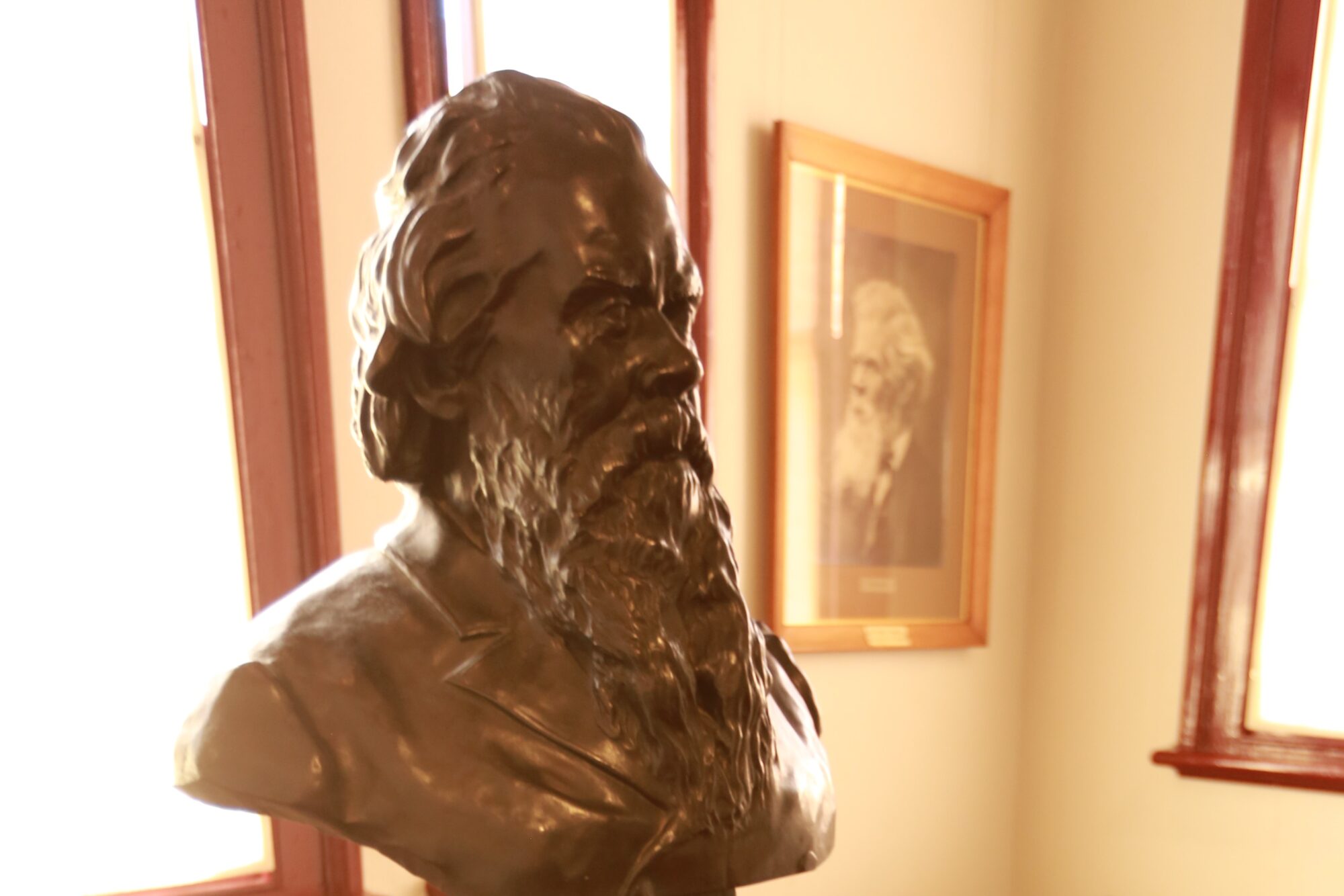 Best remembered for his fiery and impassioned support for Federation, Sir Henry Parkes’ campaign peaked with his famous Federation speech, The Tenterfield Oration, at the Tenterfield School of Arts on 24 October, 1889, which led to the federation of the Australian colonies. He won immortality as the ‘Father of Federation’ with his catchcry: “One people, one destiny.”

Born to a poverty-stricken farming family, near Coventry in the English Midlands, on 27 May, 1815, Henry was put to work in a rope-making yard at the age of eight. He later moved to ivory-turning but the moment he qualified as a tradesman, the bottom fell out of the market. It was during this period that he began to take an interest in politics, joining movements trying to improve conditions for workers.

In 1836 he married Clarinda Varney but following the deaths of two infant children and a failed business venture, they applied for assisted passage to Australia, arriving in 1839.

He took a number of jobs, including as a labourer on a farm near Penrith, which proved a fortunate move – the son-in-law of his employer later recommended him for a position as a tidewaiter for Colonial Customs in Sydney.

Working for the government, Parkes was able to clear the debts he’d amassed over the years, but a return to his own business ventures reversed his fortunes. He founded Empire newspaper and though the content was well-regarded, the business was not a success and he resigned legislative seats on more than one occasion as he fought a valiant but doomed battle to keep it alive.

Despite struggling in business, his interest in politics and ability as a public speaker ensured he was an influential politician. He played a major role in ending convict transportation and was a strong supporter of land and education reforms, improvements to railway and telegraphic services, reduced tariffs, free trade and immigration.

Henry was elected to parliament in 1854. In May 1872 he became NSW premier for the first of five administrations, spanning more than 11 years.

He and Clarinda also found time for a large family; they had a further 10 children, though only seven survived to adulthood. Clarinda died in 1888 and the following year, Henry, 73, married Eleanor Dixon, a union that produced another five children.

Eleanor died aged just 38 in 1895, and Parkes, now 80, married for a third time, to his 23-year-old former housekeeper, Julia Lynch. She continued to look after her young stepchildren following Henry’s death a year later, exactly a month shy of his 81st birthday.

Knighted in 1877, Sir Henry was the archetypal 19th century politician in many ways, but it was his ability to appreciate the importance of a strong and united Australia that made the people believe in him as the man of the hour.

You can learn more of the life and times of Parkes at the Sir Henry Parkes Memorial School of Arts Museum in Tenterfield. For more information, go to www.visittenterfield.com.au.